Functional lab testing  such as IgG food sensitivity tests are offered by many naturopaths to uncover the  root cause of digestive issues. After exposure to foods, the immune system can react by releasing proteins called antibodies. There are 2 types of antibodies produced in response to food: IgE (immunoglobulin E) and IgG (immunoglobulin G). A food allergy is an immediate reaction to food caused by IgE. Symptoms can be life threatening and can include hives and difficulty breathing. Meanwhile, food sensitivity (caused by IgG antibodies) is a delayed reaction that can take hours or days to develop after exposure to a certain food, thus making it difficult to determine which food caused the reaction without testing or trying an elimination diet. Some delayed food sensitivity reactions include: fatigue, itchy and or red skin, mood and memory disturbances, joint pain, behavioural problems, gas, bloating, nausea, and weight gain.

Food sensitivities have long been associated with exacerbating or even causing migraines. Now, several studies are showing that significant reductions were made in the number and strength of migraines when patients were given diets based on a food sensitivity test. The study found that this resulted in a statistically significant reduction of the symptoms and frequency of migraine attacks. Food sensitivity testing has also proven to improve the symptoms of those who suffer from irritable bowel syndrome (IBS). IBS is a condition characterized by abdominal pain and bowel dysfunction like constipation, diarrhea and even a fluctuation between these two extremes. In addition, researchers from the Miller School of Medicine at the University of Miami have now linked food sensitivities to obesity, citing a reduction in weight, body mass index, waist and hip circumference, and resting diastolic blood pressure after participants underwent food sensitivity testing and eliminated certain inflammatory foods from their diet.

IgG reactions frequently occur to commonly consumed foods such as dairy, wheat, eggs, yeast, pork, and soy. Determining which particular food you are sensitive to can be uncovered through a simple blood test. Consult with your naturopathic doctor to determine if this test is right for you. 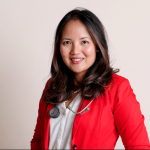 I am a naturopathic doctor in Newcastle, Ontario. Trained as a medical doctor and practicing as a naturopathic doctor, my practice bridges traditional and conventional medicine to bring you an experience rooted in science and personalization. I work with you to stay healthy all year round.

« What is Metabolism?
5 NATUROPATHIC TIPS FOR SURVIVING PERIMENOPAUSE »

Sign up for my newsletter and receive my 7 Day Fertility Optimizing Meal Plan for free!

Book your complimentary 15-minute consult today to find out how I can help you attain your health goals.

Whether you're looking for a free initial consult or you have a question, you can select the right appointment that fits your schedule.

Ask Me a question
Book an Appointment

Ask Me a Question

If you have any questions, feel free to contact me and I'll get back to you shortly!

Sign up for my newsletter and receive my 7 Day Fertility Optimizing Meal Plan for free!